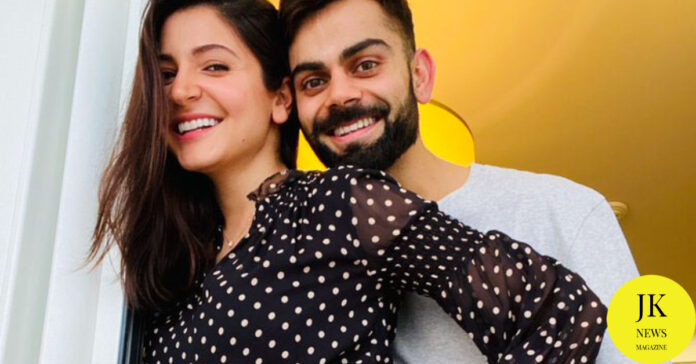 Anushka & Virat Expecting Their First Baby: It has been a very contrasting year as it has shown several ups and downs at several times. One of the recent pleasant surprises comes with a long trail of congratulations from Indian film and cricket fraternity as well as friends.

We also convey our heartiest congratulations to the power couple Virat Kohli captain of the Indian cricket team and Bollywood diva Anushka Sharma.

The couple got married after a long time period of courtship and now when Anushka & Virat Expecting Their First Baby, people are considering them as relationship goals. Today, the news was made official that next year in January, they are excepting to have their first child.

The Announcement of big news

Virat and Anushka are a popular couple on social media, with both of them having a big fan base who follow their account on different social media platforms.

The caption of this picture was as cute as the picture itself Anushka wrote, “And then, we were three! Arriving Jan 2021.” As the caption seemed like a verse from a great love story, the journey of Virat Kohli and Anushka’s relationship has been like that, especially for the fans of this couple. In the year 2017’s December, this couple got married in Italy the ceremony did not involve many people as there were only close friends and family.

Since the news of Anushka and Virat’s pregnancy has broken out people on the internet are not keeping it calm. The tons of wishes are showering from colleagues to fans on social media and the couple is filled with joy.

On the work front, Virat is all set for the Indian Premier League-leading the Royal Challenge Banglore and Anushka has recently produced two successful projects on OTT platforms.