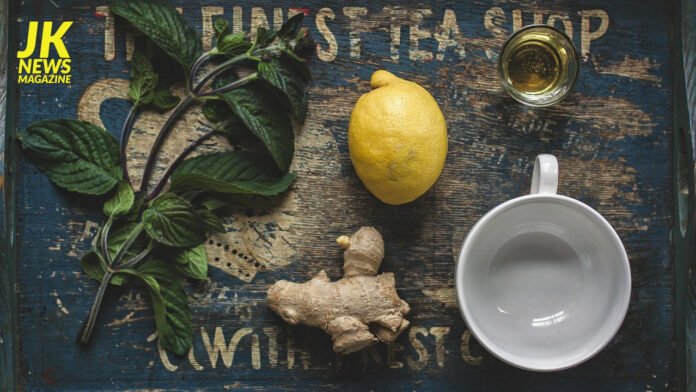 GINGER AND ITS BENEFITS

GINGER AND ITS BENEFITS: Ginger is a well-known root around the world for all of its health properties, especially as an anti-inflammatory, and for its gastric properties that assist the digestive system.  This root is used as a slimming formula because its properties promote weight loss.

Not only does it improve digestive functions but it also has a “thermogenic” effect that helps activate the metabolism, making it a potent fat and calorie-burner.

Consuming ginger can have a profound effect on high cholesterol levels that are often attributed to obesity among women and men.

Ginger helps improve the immune system. Ginger is one of the oldest cures for cold, nausea, and flu as it has anti-viral and anti-fungal properties.

It cures a cold and provides instant relief and also kills the bacteria that causes cold and ensures that it doesn’t return. Drinking ginger as a tea will ease a sore throat, non-stop coughing, and even congestion.

Ginger contains chromium; magnesium and zinc which can help prevent chills, fever, and excessive sweat. Plus, it acts as an antihistamine and hence is useful in dealing with allergies.

Ginger tea is used for weight loss as it increases metabolism, stimulates circulation, and excretion of toxins from the body. Millions suffering from heartburn and indigestion might be saving a pretty penny if they gave ginger tea a try. The herb facilitates colon cleansing as well. Cleansing the colon also helps in good digestion, therefore more digestion, more weight loss.

Best for arthritis patients. The root of ginger is best known for this purpose. It does not allow blood vessels to get inflamed and thus it helps increase the flow of blood to the body and cures the pain. Ginger helps in expanding the blood vessels which increases your body heat. This makes your body burn more fat. In addition to increasing fat loss, ginger may also help a person to feel satiated, which in turn reduces food consumption.

Ginger is nearly calorie-free, and when used in cooking or brewed in tea, it can give you a slight advantage in meeting your weight loss goals.

Ginger and weight loss go together well partly because ginger is known to be a thermogenic food. It raises the temperature of the body and helps boost metabolism, so you burn more fat than you would simply by dieting alone.

Ginger suppresses cortisol. Cortisol is a steroid hormone necessary for energy regulation and mobilization. But chronic stress can cause cortisol levels to rise too high.

Adipose fat moves to the visceral area where it receives an increased blood supply that encourages tissues to produce an excess amount of cortisol. High cortisol levels may increase excess belly fat and weight gain.

BENEFITS OF GINGER: GOOD FOR DIGESTION

Ginger has a beneficial effect on your overall digestive system, helping to regulate and aid the movement of food through your stomach, and small and large intestines. When everything moves more smoothly, you benefit by losing weight more easily.

Note that ginger should not be used by pregnant or nursing mothers except under physician supervision. Because ginger also has a high fiber content, it increases gastrointestinal motility. By increasing the rate of metabolism, ginger can help burn off some of the fat stored up in the body.

Is the Covid-19 pandemic affecting our mental health?

Benefits of Honey in relation to losing weight