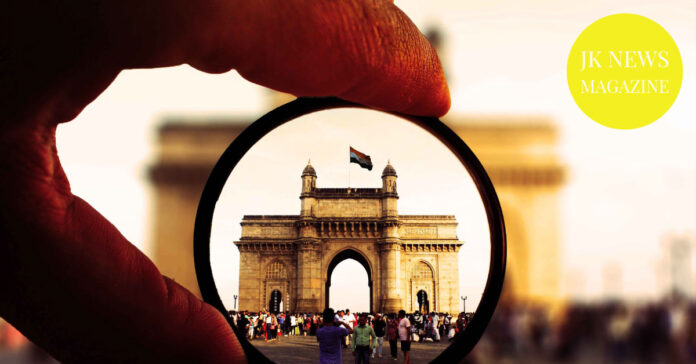 20 Indian soldiers were killed in the violent clash between Indo-Chinese soldiers in the Galvan Valley of Ladakh on 18 June 2020.  The majority of these 13 martyrs are from two different regiments of Bihar.One martyr belongs to the 12 Bihar Regiment and the rest from the 16 Bihar Regiment.  The martyr Commanding Officer Colonel Santosh ‘Babu’ was from the “16 Bihar Regiment”.

Bihar Regiment is considered the most powerful regiment of the army. Let’s know their valor saga as well as know when this regiment was established.

The bravery of the Indian Army

The saga of the bravery of the Indian Army is famous all over the world. The army would have different regiments, their valor would only be known by the name of the regiment.

The enrollment in Bihar Regiment Center in the Indian Army has been very new. But the name of Bihar regiment is recorded in history ever since Sikandar Mahan invaded India.

The Bihar regiment deployed on the Indo-China border has its own special function. Be it taking part in surgical strikes or writing the story of victory in Kargil war, Bihar Regiment had a lot of participation in all these battles.

The Bihar Regiment was formed in 1758 as the 34th Sep. Battalion. After independence, the regiment received the Battle Honor of Batalik. The Regimental Center is in Danapur, Bihar.

Rann Bankure Jawan of Bihar Regiment belongs to the same ancient Magadha Empire, whose great warriors also rose up on hearing the name. Biharis have always offered their heads at the sacrificial altar of their motherland.

The soldiers of this regiment have written their names with their blood among the liberation of the motherland from the chains of slavery and slavery. These soldiers protect the motherland by sacrificing their lives.

The Bihar Regiment Center has a long history of protecting the motherland by sacrificing their life.

The Bihar Regiment may have got this name in the 19th century, but in 1757 it was founded by Lord Clive of the British East India Company in Patna as the ‘Sepoy Battalion’.

In the Sepoy Battalion created by him, only men of Bhojpur region of Bihar were recruited then. The heroic story of Bihari warriors started in 1758.

At that time Captain Turner was the first officer to command the Sepoy Battalion.
In June 1763, when Mir Qasim attacked Patna, the Bihari warriors fought a large army of Mir Qasim. But when the British forces didn’t help, Mir Qasim’s army emerged victorious.

The Bihar Regiment is an infantry regiment of our Indian Army..

On 15 September 1941, the first battalion of ‘Bihar Regiment’ was formed in Jamshedpur by merge of 11th and 19th Hyderabad Regiment. The second battalion was formed on 1 December 1942 in Agra.

Danapur is the second oldest cantonment site in the country, which currently has 20 battalions. The warriors of the Bihar Regiment had played an important role in the ‘Second World War’.

During 1965, the 7 Bihar Regiment drove Dushman to take possession of the Haji Pir Pass. Simultaneously, the 6th, 7th, 8th, 10th and 11th regiments of the Bihar Regiment in 1971 paved the way for their victory by conquering the enemy.

On 16 December, Jamshed, the General of the Pakistan Army, surrendered. In this war, Pakistan’s General Niazi along with 90 thousand Pakistani soldiers surrendered before Colonel Jagjit Singh Arora.During the war with Pakistan, the Bihar Regiment had to fight with the Pakistani Army.

The brave soldiers of Bihar Regiment fell short of bullets and killed many Pakistanis with bayonets.

The Warriors of Bihar Regiment have been the biggest contributor to write the story of Bharat Vijay in the Kargil War.

On July 6, 1999, Pakistani infiltrators in the Batalik sector captured Point 4,268 and Jubar Ridge. Then about 10 thousand jawans and officers of the Bihar Regiment were sent to Kargil. Where Pakistan’s victory could not last even 24 hours. On 7 July itself, the warriors of the Bihar Regiment chased the Pakistanis and won the victory in the Kukar Thang area.
‘Kargil Chowk’ in Patna’s Gandhi Maidan is built to remember the martyrdom of 18 such martyrs who were from Bihar and who were martyred in the Kargil War.

The unit was awarded Battle Honor Batalik and Theater Honor Kargil for this bold success.

Uri sector of Jammu and Kashmir.

On 18 September 2016, 15 brave warriors of this regiment sacrificed their lives while fighting off the infiltrating terrorists from the Pakistani border in Uri sector of Jammu and Kashmir.

In the attack on Indian Army camp located in Uri sector, a total of 17 soldiers martyred, out of which 15 were from Bihar Regiment.

It is said that the soldiers of Bihar Regiment are very brave and these soldiers have full experience of living under any circumstances.

Because of this they are deployed in difficult and complex conditions.
The personnel of Bihar Regiment are stationed in Galvan and some other such inaccessible valley areas.

The Bihar Regiment has been awarded several gallantry awards for its valor..

The regiment has been awarded four Battle of Honors.

Today, when the Indian army is standing like a rock in Ladakh in front of the expansionist thinking of China, the soldiers of Bihar Regiment are protecting the Indian frontiers on the front.

The soldiers of the Bihar Regiment once again showed their bravery and valor.

Three sons of Bihar in the skirmish with the Chinese troops on the Ladakh border have restored the state and the nation by giving their martyrdom.

Army constable Sunil Kumar of Dighara, Parsa Thanh in Saran district and Kundan Ojha, a native of Bihiya in Bhojpur, have been martyred.

Today, the whole of India stands with their soldiers at this time, and will always stand. As long as the brave soldiers of the country are standing on the borders to protect India’s borders, no enemy can look at India with an eye.