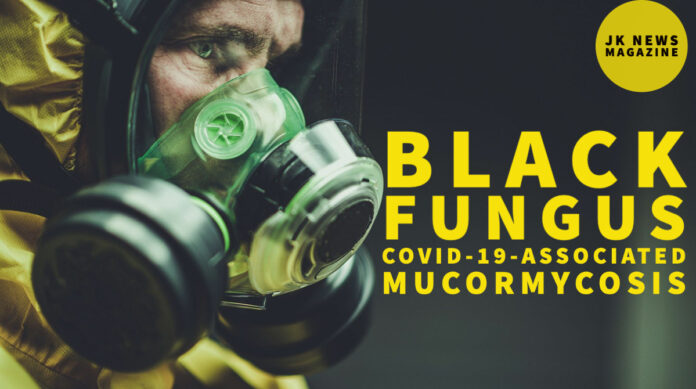 Mucormycosis refers to as black Fungus associated with covid 19 is a Fungal Infection a clinical manifestation sometimes referred to as ‘rhino-orbital-cerebral (ROC) mucormycosis.

It is not a communicable disease (doesn’t spread from person to person and is not contagious). The main risk factor of Black fungus is diabetes.

Due to rapidly growing numbers of infected cases in India,  Govt. of Rajasthan declared it an epidemic on 19 May 2021.  There are other states also such as the Govt. of Haryana, Tamil Nadu, Gujarat Bihar, Telangana also declared it as an epidemic.

Govt. of Jammu and Kashmir UT also declared it an epidemic on 24 May 2021 under the Epidemic Diseases Act 1897.

In J&K UT, One death due to Black fungus, Whereas two more dead are Suspected of Black Fungus as well.