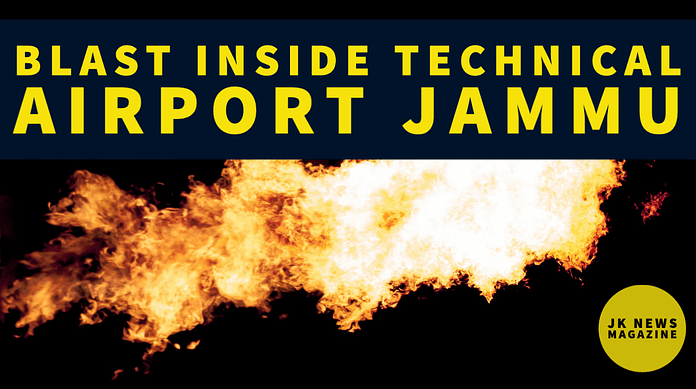 Jammu, Jun 27: Two explosions within a gap of five minutes rocked the high-security technical area of Jammu airport in the early hours of Sunday, officials said. The explosions took place around 1.45 am. The first blast ripped off the roof of a building and the second one was on the ground.

There were no immediate reports of any casualties. The area was sealed by security forces within minutes, the officials said.

Senior officials, police, and forensic experts rushed to the scene. There is no official word on it as of now. Further details are awaited.—(PTI)

A high-level investigation team of the Indian Air Force (IAF) to reach Jammu shortly. The possible target of the drones was the aircraft parked in the dispersal area: Sources (ANI)