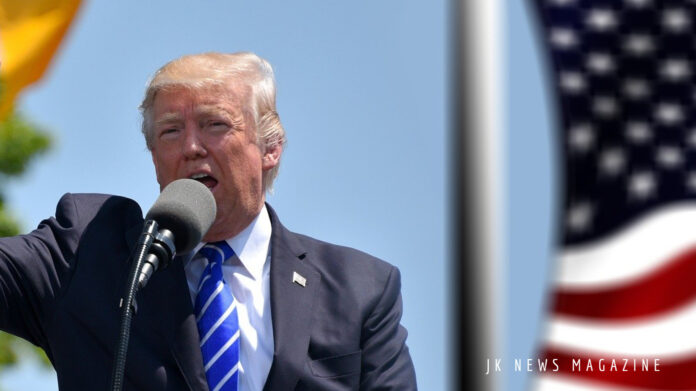 Chaos in the U.S.A

Chaos in the U.S.A: After the statement was given by the former president, Mr. Donald Trump over the social media platform (Twitter ) has been dragged into a big controversy. “America is, and must always be a nation of law and order. Like all Americans, I am outraged by the violence, lawlessness, and mayhem.

I immediately deployed the national guard and federal law enforcement to secure the building and expel the intruders.” Trump said in a video.

Thousands of supporters of Donald Trump came out and created chaos on Wednesday at the Capitol building and headed a clash with police forces that resulted in four unintended deaths and interruptions in the constitutional process to certify the victory of the new President  Joe Biden and Vice President Kamala Harris in November’s 3 elections.

The social media blackout is to continue for Donald Trump by the suspension of their account till January 20. “Trump’s Facebook and the Instagram account will be suspended at least for two more weeks,” said Mark Zuckerberg as the current situation may allow Trump to spread more and more hoaxes.

Involved in this chaos was nearly about 30,000

The prize for every person who was involved in this chaos was nearly about 30,000. But the scariest part is that nobody has been dragged out yet. People caught on camera in the chaos are identified, and are now being circulated in every station.

Now, most of the people are going against the former President of the United States of America Donald Trump, and are not supporting any further chaos as it was pre-planned by Donald Trump.

Whereas Ajay Bhutoria, the national finance committee member of Joe Biden said “The violent attack on the United States Capitol was disgusting. This act of sedition, stoked by Donald Trump, is a threat to our country and to every American’s rights and wellbeing. It must not be tolerated“.

The Hindu American foundation also condemned this chaos, violence, and this disgusting situation and encouraged people/motivated them not to do so.

Whereas now Trump’s statement has changed and he is now accepting the fact that the chaos that was intended was not expected to go so far and now people’ who went against the law shall be punished now.