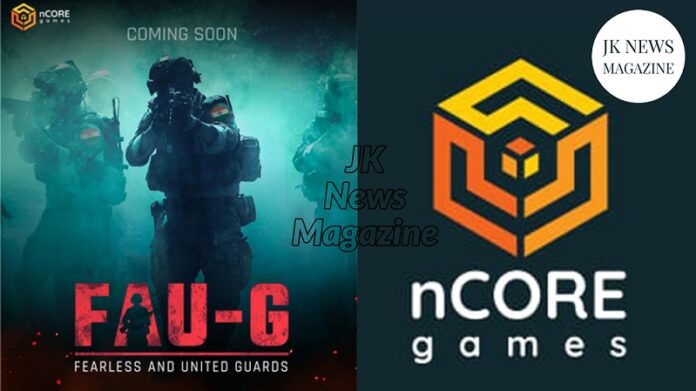 With the announcement of Fau-G(Fauji) by Indian actor Akshay Kumar, the internet has been stormed with different opinions predictions about the game.

Recently, the buzz about Fau-G(Fauji) has filled with rumours that this game was the brainchild of late Bollywood actor Sushant Singh Rajput. However, the makers of Fau-G game developer based in India, nCore games have made it clear through their social media that these rumours are not true at all. Along with that, the developers have also made it clear through their post on twitter that poster of the game is also original as trollers have claimed that it was plagiarised. Here Is The Official Statement

The statement read “This statement is being issued to address certain ongoing conversations/rumours on social media that FAU-G was conceptualized by late actor Shri Sushant Singh Rajput, which is completely false and baseless.

nCore was founded in 2019 by an Indian entrepreneur Mr Vishal Gondal and Mr Dayanadhi MG & others who have been in the gaming industry for over 20 years. It involves a team of over 25 programmers, artists, testers, designers who have worked on top gaming titles in the past and are currently developing the FAU-G game.

Further, there are stories doing the rounds that the poster of our action game, FAU-G, is plagiarised.

We would like to further clarify that we have officially bought the license to use the image from Shutterstock.

Additionally, this is just a teaser poster and we would be releasing the official game Title Screen and in-game art soon” the makers further added that ‘Necessary actions’ will be taken by nCore Games and its founders against perpetrators of the ‘baseless and fake news’. Fau-G, All Set To Take Over Pubg

It has just been a week since the announcement of this game has been made and it has already become the talk of the town.

As it is said in marketing that every publicity be it positive or negative is good publicity. The prime focus of the game is said to be based on the ongoing conflict of India with its neighbour country China.

It is expected to be based on that theme as it came into existence after the IT ministry of India has banned competitive game Pubg along with 118 other Chinese mobile applications.

India was one of the biggest markets for Pubg and when a similar game is all set to launch with the element of patriotism and tage of ‘made in India’ it is surely going to be a big hit. Several gamers have already claimed that this game will win over the hearts of Indian gamers.

As a matter of fact, 20% of the revenue generated from this game will be donated to the NGO that works for Indian soldiers. What to expect from the first rendition of Fau-G (Fauji)?

Going by the experts from the gaming industry it is highly expected that the game might base on the recent incident of Galway Valley. As declared during an announcement this game will also focus on awarding players about Indian soldier’s struggles and important incidents that have happened with the Indian Army.

The makers have claimed that with the help of this game youth of India will get a lot of information about extreme circumstances that are faced by Indian soldiers at the border.

The specifications of this game will be similar to the other multiplayer battle games and it is expected that it will be supported by all the gaming platforms including PC and smartphones.

The game has already created a buzz around it and most of the people are talking about it on the internet. However, it has not been made official yet but the game is likely to release by the end of October 2020.