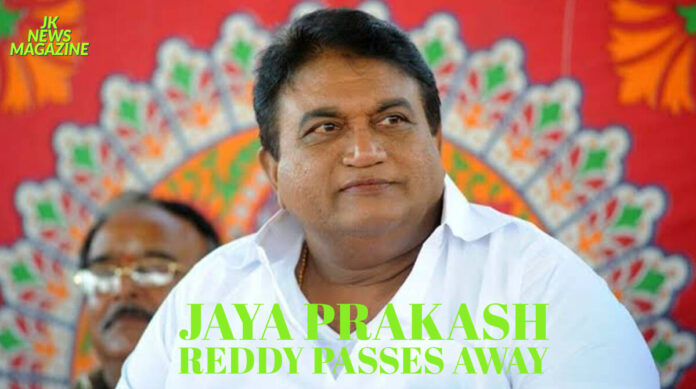 Jaya Prakash Reddy was a great actor of south Indian cinema passes away this Tuesday due to cardiac arrest in his residence Guntur, Andhra Pradesh. He was 74 years old. He was very popular for his villainous and comedian role in south Indian movies.

He was born on 10 October 1946 Sirvel, of Kurnool district in the state of Andhra Pradesh, India. His first movie through which he comes into the limelight is Samarasimha Reddy.

He is a Tollywood veteran actor and good human being, whereas most of role his play in most of his movies are villainous. He also plays a comedian role in various of his movies.

There are following His most famous Movies.