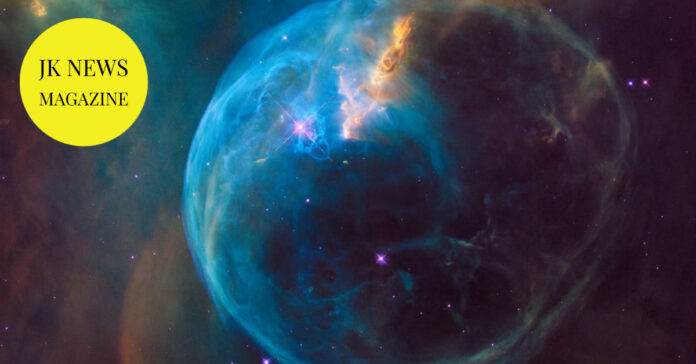 Life On Venus: Truth Or Assumption?

Recently, the internet has been shaking as the signs of life has been found on Venus, the planet that constitutes the highly acidic atmosphere.

On Monday, that was 14th of September astronomers have given a hint that there might be some life traces possible on the planet. However, nothing has been made official neither any proper statement has been made out at press yet.

On our planet earth, phosphine molecules are found and that is a prime reason due to which microbes’ actions, as well as human industries, are thriving in the environment that do not have oxygen.

Despite all the findings, no claims have been made by the researchers and astronomers that there are signs of life on the planet that is in the second position in the solar system.

However, with the observations done by the researchers, it could be said that microbial activity is taking place on the surface of Venus. Read More: Time Travel is amazing. Is it?

Life On The Mars And Other Planets; Still Not Confirmed

Among all the fellow planets of the earth in the solar system, Mars was considered as one of the strongest candidates that might have traces of life in it. It was expected in earlier studies that there were chances that Mars might have hosted life in past. Some people believe that there is still life on Mars.

Several big countries like the United States of America, China, Russia and India have already tried and are still pursuing to find traces of life on the red planet.

Astronomy institutions like NASA and European Space agency are also trying their best to find new things up above the space. Along with that, NASA is also planning to study Jupiter’s moon by executing its flagship mission. Some of the scientists also believe that a tremendously huge moon named Europa, when it gets heated from stresses of tides is enabled to create an atmosphere that supports life.

However, it requires a condition that it should go through gravitational interactions then only it will be able to produce that life-supporting environment beneath its crust. Will Human Live On Venus?

As we all know that Venus is the closest known planet to Earth. It is quite similar with respect to the structure only it is quite smaller in size as compared to Earth. This raised the hopes of people who are fond of having landed on space.

However, the conditions of the atmosphere at Venus are quite extreme with the temperature of more than 470-degree celsius that means 880 degrees Fahrenheit. With the temperature high enough to melt a lead it appears that life on the neighbour planet of Earth is almost impossible.

Scientists are continuously making new theories and going on with the researches that hint surface of Venus is quite rich in terms of oxygen compounds.

After the research of life to be expected on Venus was out, the internet is filled with memes based on it and Millenials are already wishing to have a home there.

Moreover, just like spacecraft were sent to Mars, when such spacecraft will visit Venus then only anything could be said with certainty.