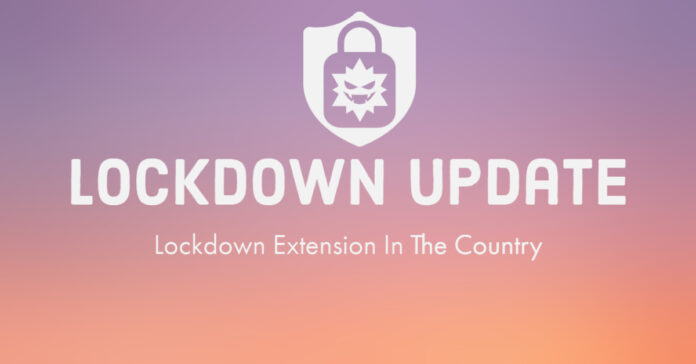 In order to restart the economy in the country and to ensure the health of every citizen, we might face another lockdown in the upcoming time.

Keeping in mind the pandemic has affected a lot of jobs and businesses of many people.

Now the question that comes in mind is, what are we going to face after this lockdown is over?

So the Indian economy has to be restarted with the collective efforts of each and every citizen. Indian government is already helping a lot of people to rely on them and allows entrepreneur to start their own company/business with some help from the government.

Indian government has already given a rough amount of 20 lacks crore, that is nearly 10% of India’s GDP in order to help unemployed youth to start their new prospective and deal with the pandemic. Government of India has planned for every worse scenario including the locust attack which was a major threat to farmers.

The citizen of India are already been using AI technologies to enhance their work from home experience and also in educational fields so that education becomes a priority and would be made available to everyone. Google yesterday gave a brief introduction to prime minister of India of what they are planning for future to invest in the country. Google’s CEO Sundar Pichai claimed that Google would invest around 75 thousand crore rupees in India in next 5 years. They have planned to set their office in Bangalore that would be helpful for predicting floods and earthquakes.

Education is the most important and necessity for everyone, and the students that have been sitting in their home have already started the throttled use of Augmented Reality by participating in virtual lectures. This helped students to understand and get a clear picture of what future is going to be like and what else can be done to improve the existing features.

Talking about the companies/offices the augmented reality takes places in virtual meetings, and even though some offices are open, companies are taking all the precautions and measures to give health a priority than work.

Work is being done in companies where people are maintaining a safe distance from each other colleges. Work spaces are being occupied with a sanitizers on each desk and every one separated from each other with the glass intersection between two tables in order to ensure that no one is getting infected from others or no one is infecting others.

Companies are giving health a major priority over work.

Lockdown Extended till 31st of July

States like Maharashtra, Bangalore and Karnataka, the lockdown has been extended till 31st of July. These places have containment zone in a large number and have been listed in the states under lockdown extension.

Sanitization services are made available in almost every city of India to ensure the safety and reduce the chances of spreading the disease. Disinfecting machines are being used by the government to provide their best service to stop the infection.

Masks and sanitizers are being made compulsory in public places or public gatherings and maintaining a safe distance from each other. Shops are being opened with a few no customers at a time and sanitization is done in shops/factory outlets on a daily basis.

New opportunities for everyone

Pandemic has not only been affecting the country but has also opened new opportunities for everyone as India ties up with United States of America and other countries, inviting them to open their businesses in India.

This is going to help the economy to boost up and grow more smoothly and efficiently. Indian Council of Medical Research (ICMR) has also given their vaccine for trials and are more likely to approve their vaccine for the use in the country soon.

Russia has successfully tried its vaccine for the coronavirus on humans and close enough to make a big step.

Keeping aside the pandemic Indian government has also taken precautionary measures to protect the country from threats from China. The India – China dispute has also effected the country in a good manner as the Indian government bans most of the popular Chinese application in the country and opens new prospective for Indian developers to make their own application and publish on the platforms like Google Play Store and Apple App Store.

Made in India: Jio meet

The multinational business tycoon Mr. Mukesh Ambani also took a step forward and gave the country what is needed in this time. The owner of the companies of Reliance and Jio has launched applications like Jio meet to ensure that every meeting is personal and private and could be used in college works, school works, and office work.

The Jio company was the first to launch 4G in India and has helped a lot of people and solved their problems of using a low speed internet on such a high price.

The plans launched in India and helped people to understand better and explore the world smoothly without any high pay charges.

Prime minister of India Shri Narendra Modi has been influencing and motivating people to move further to the great opportunities and forget the past.

He ensures that the economy can be restored once we give our collective efforts and gives a suggestion for making everyone self sufficient by implementing Atmanirbhar Bharat abhiyan where people can open their business from governments help and can make products that push India to make their own products and can be launched in the whole world (Vocal to Local).