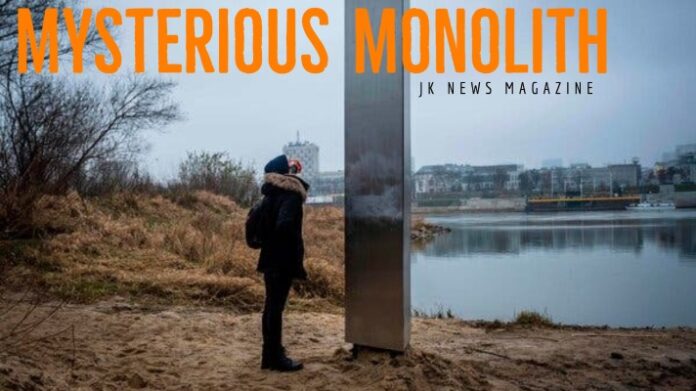 We all are aware of the happenings going around and this time last month we saw a mysterious metal on the earth’s surface called Monolith.

It is actually a rock-like pillar or is like a big mountain of rock.

Where is it found?

It was first seen in Utah’s red rock country when the US state’s wildlife agency found a 10-14 feet tall, three-faced Monolith in the middle base of the canyon. However, there is no evidence of the saying how it settled there and how it was installed or when.

It looked like silver-colored pillars, and when Utah’s government looked and stated that the new discovery was either a prank or was installed there by the new wave artist.

They stated that it could be implanted by “2001 Space Odyssey fan” taking the reference of a 1968 SciFi movie written by Stanley Kubrick and co-written by Arthur C Clark.

But also that mysterious rock or pillar has vanished from that very place without leaving any evidence or any kind of trace and many people claimed that all of this was a hoax and fake. Some might say that Monolith is actually leftover artifacts by an alien race.

Read More: Why You Must Go On Kailash Mansarovar Yatra At Least Once In Your Life? The same type of metal and in the same representation has been discovered in Poland near the riverbank of “Vistula river” of polish capital Warsaw near the major bridge. This was noticed by many joggers that were going for their daily run.

People claimed that it was nearly 10 feet long in height and was a three-faced metal like a pillar.

Another mysterious Monolith was found in Romania and Britain. And these discoveries were made a few days from the first when it was discovered in Utah’s Rock Canyon. The first structured news after Utah was in the southern part of California and Romania days later. Another appeared on the beach of the south coast of England on Sunday whereas another metal came into existence on the same day in the Netherlands.

In the south of Australia on 14 Dec. Locals of Noarlunga found the same kind of 8 feet tall, silver-colored, three-faced Monolith metal on the surface that looked like the others that were found around the globe and then disappeared suddenly.

Utah’s Monolith was first discovered by a pilot saying it was a shining metal that could be observed from the sky.