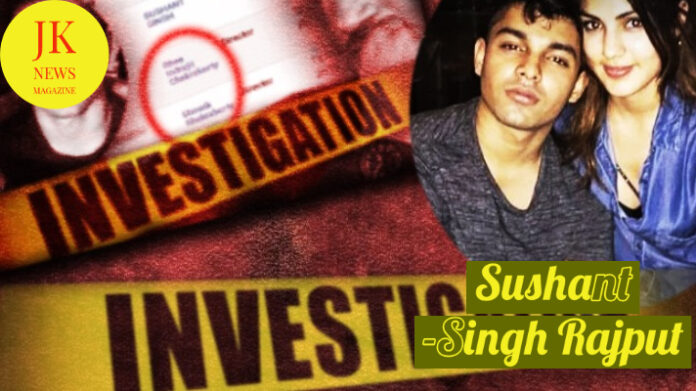 Deepika Padukone Received Summon From NCB, Know Who Else Have To Appear In Front Of The NCB Officials

Sushant Singh Rajput Drugs Angle: Soon after the arrest of Bollywood actress Rhea Chakroborty with respect to her involvement in drug abuse, it was expected that several other names will also indulge for the same. The actress is accused of arranging drugs for her boyfriend and late actor Sushant Singh Rajput, there is no evidence that proves she also consumes drugs.

Therefore, NCB (narcotics control bureau) arrested her and she was thoroughly interrogated regarding the death case of Sushant Singh Rajput and drugs angle to it.

A recent update in Sushant Singh Rajput death and Bollywood drug case is that NCB has issued a summon on 23rd of September to several Bollywood actresses including Sara Ali Khan, Rakul Preet Singh, Shraddha Kapoor and Deepika Padukone.

Who is called when?

Before that, the statement of Madhu Mantena (film producer) was also recorded by the agency with respect to relationships with the Sushant Singh Rajpur and drugs case. The irony in this whole situation is that Madhu co-produced an anti-drug film named Udta Punjab and his name came into light after the late actor’s talent manager was questioned by the officials.

Last year a video went viral in which several Bollywood stars were looking completely stoned with red eyes and funny smile, that video started with Deepika Padukone and ended with Vicky Kaushal and Ranbir Kapoor, URI fame actor Vicky Kaushal was also seen in that video.

It has been a couple of months since Bollywood actor Sushant Singh Rajput was found dead in his apartment on 14th of June. The actor was in Mumbai and in the initial stage of the investigation it was declared that he has committed suicide.

As soon as the news of the actor’s demise was out social media stormed against Bollywood biggies in no time. Since then fans of Sushant Singh Rajput, people of the country along with the Hindi film Industry itself has divided into two groups.

A group that believes Sushant was murdered in cold blood and Bollywood stars, as well as his girlfriend Rhea Chakroborty, was involved in his killing. Another group believes that trolls on social media and Indian media have witch-hunted Rhea Chakroborty as people are not open enough to accept that a man can go through mental illness and take his own life.

Amidst all these chaos many people and celebrities have taken full advantage of the Sushant’s case to come in limelight again. We just hope that truth shall prevail, and no innocent gets behind the bars for being falsely accused and baseless media trials.