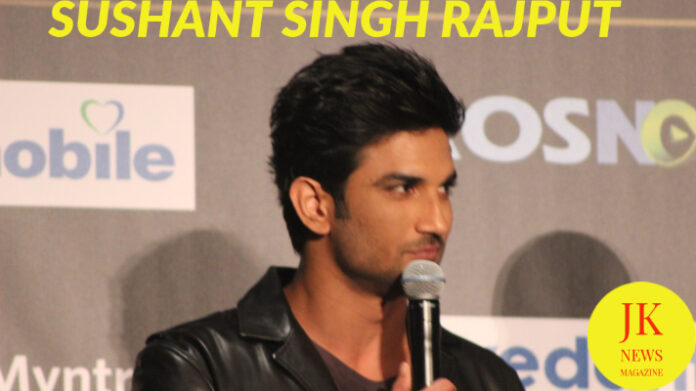 The Biggest Revolution Of 2020

The untimely death of Sushant Singh Rajput has made a moving impact on social media. Starting from the social media bashing of director Karan Johar and Salman Khan the narrative has now taken a new turn. As a result, of the pressure made on social media, now electronic media has also started its follow-up story on the same issue.

This has led to the demand for CBI enquiry as millions of people on social media platforms have made #JusticeForSSR trending. Since the late actor was found hanging from the ceiling fan of his own apartment, several shocking revelations are out.

Actress Kangana Ranaut, as known for her bold statements is the flag bearer of the debate that says Sushant was murdered. The actress claimed that Sushant being an outsider was treated differently by big Bollywood families and this caused him depression. However, some theories state that this unfortunate demise of the starlet is just the part of a bigger conspiracy.

The suicide case of Sushant Singh Rajput caught millions of eyes when names like Salman Khan is dragged in it. A lawyer has filed a proper complaint against biggies like Sanjay Leela Bhansali, Karan Johar, Ekta Kapoor and Salman Khan.

In Muzaffarpur Bihar, Sudhir Kumar Ojha (advocate) filed an official case against these people from the film industry. The lawyer has filed these cases on the fact that many films of Sushant Singh Rajput were shelved. He claims that these biggies are the reason due to which Sushant was losing projects and this led him to take his own life.

These acquisitions have opened up a debate on star kids and the opportunities they get despite being less talented. People from the film industry have also agreed that they get different treatment if they are not related to a Bollywood family. However, the relation of Salman Khan or any other biggie with Sushant’s demise has not been proved yet. Disha Salian passed away, a week before actor Sushant Singh Rajput was found dead in his Bandra Apartment, in Mumbai. Disha used to manage Sushant’s work front and her death has also appeared as a mystery. This connection has led to the generation of several theories on electronic as well as social media.

There are some people coming from a school of thought that believes Disha has been murdered and so was Sushant.  According to the people who were close to Sushant, the sudden demise of his ex-manager made him really upset. Police have started considering this angle in their investigation as well.

Recently, the whole case of Sushant Singh Rajput has changed when the late actor’s father filed a complaint against Rhea Chakroborty. The love affair and history between Rhea and Sushant have become the hot topic of this whole case. Rhea Chakraborty, Bollywood actress and girlfriend of Sushant Singh Rajput is facing a lot of hatred on electronic as well as social media. With tons of memes and trolling the social media has been completely ruthless.

Veteran director, Mahesh Bhatt is facing the same heat due to her closeness with the Jalebi fame actress Rhea Chakraborty. Another major angle related to Sushant’s case is the mysterious and massive transaction of fifteen crore rupees from his account. There are several other transactions from Sushant’s account that trace back to Rhea and her brother’s company.

The unfortunate incident of Sushant’s demise has turned into a whole revolution that caught fire from social media with #JusticeForSSR.