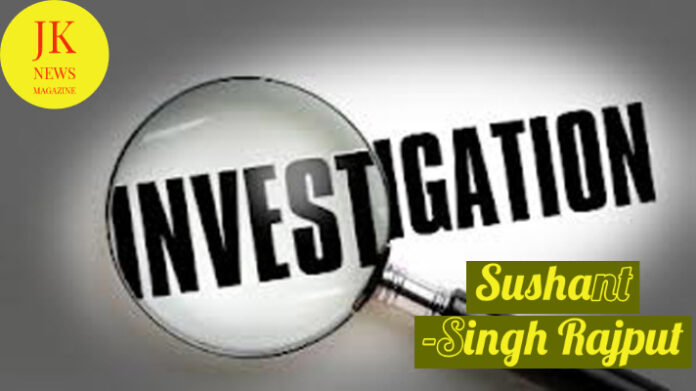 Big statements from BJP MP and :

BJP MP and former Chief Minister Narayan Rane claimed that Sushant is Rajput didn’t commit suicide he was murdered and Maharastra police trying to save someone. Source NDTV

The recent interaction of Sushant Singh Rajputs ex-girlfriend Ankita Lokhande with the Media revealed many unfolded facts related to the death of the actor. During her talk with one of the reporter, Ankita explained her close bonding with the actor and his elder sister Rani Singh.

Ankita lokhande also added in her statement that during her conversation with Rani Di on a phone call before the death of Sushant in 2019 actors elder sister was going to visit him but Sushant refused to meet her which was the very unexpected reaction of his because as per the belief of Ankita Lokhande Sushant never denied any wishes of her elder sister and admired her a lot. This came to be very strange behaviour of the actor for his sister and ex-girlfriend Ankita. Ankita revealed that during her talk with Sushants elder sister, his sister Rani di used to tell her that she is getting a feeling of losing his brother.

According to Ankita’s statement, his elder sister felt that she is losing her brother. Eventually, Sushant started maintaining a distance with his sisters which was a very unexpected action from the actor because he used to love his sister more than anything in this world. Ankita also shows her condolence with the Sushants father Mr O.P Singh and with his 4 sisters.

She further says that she has no right to speak on the relationship between Sushant and Riya as she was not aware when did Riya came into Sushants life but they were together for a year and were happy. Ankita also adds a very important detail that Sushant used to maintain a diary in which he used to write the things he wants to do in the future and want to achieve in the future.

He even planned his another 5 years where he wants to reach and he fulfilled his that dream and was doing great in his career. Ankita also says she was aware of the fact that Sushant wanted to do farming.

When Ankita and Sushant were in a relationship Sushant used to tell her that if things didn’t work out in film career he will work in short movies and do farming. Sushant never favoured people who ended their life like this. he used to say if in my life such a situation came and if the idea of suicide also strikes in mind.

Sushant’s suicidal mystery case has been transferred to CBI

I will remove that thinking within 15 minutes and work hard to get rid of such thoughts because he loved his life and would not waste it like this. The Sushant’s suicidal mystery case has been transferred to CBI and all the eyes of the Sushant’s fans are on the truth which is yet to unfold. We just have to keep faith in our investigation team and our laws the justice will have prevailed to our beloved actor and to his family.