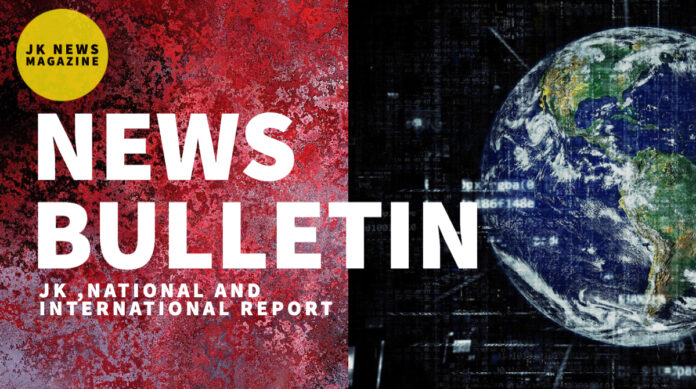 2) Two policemen and two civilians lost their lives in a terrorist attack in Sopore. Two other police personnel are injured. Lashkar-e-Taiba is behind this attack: IGP Kashmir Vijay Kumar.

3) J&K Lieutenant Governor Manoj Sinha condemned the terror attack on civilians and security personnel at Sopore in Baramulla. He further offered sincere condolences to the families who have lost their loved ones in the attack and prayed for the early recovery of the injured.

2) The ongoing closures of educational institutions in Bangladesh has been further extended till the 30th of June. The current closure of schools, colleges and universities was coming to an end today.

3) Mizoram: Five Myanmar nationals with arms and ammunition apprehended in a joint operation by Assam Rifles and state police from a bordering village in southern Lawngtlai district.

4) Euro 2020 kicks off after it was delayed due to the pandemic, with Italy playing Turkey in Rome.

5) End of England’s Covid lockdown could be delayed by one month amid concern over rising cases of Delta variant.

6) US President Joe Biden to urge West to form an alliance against China at G7 summit.