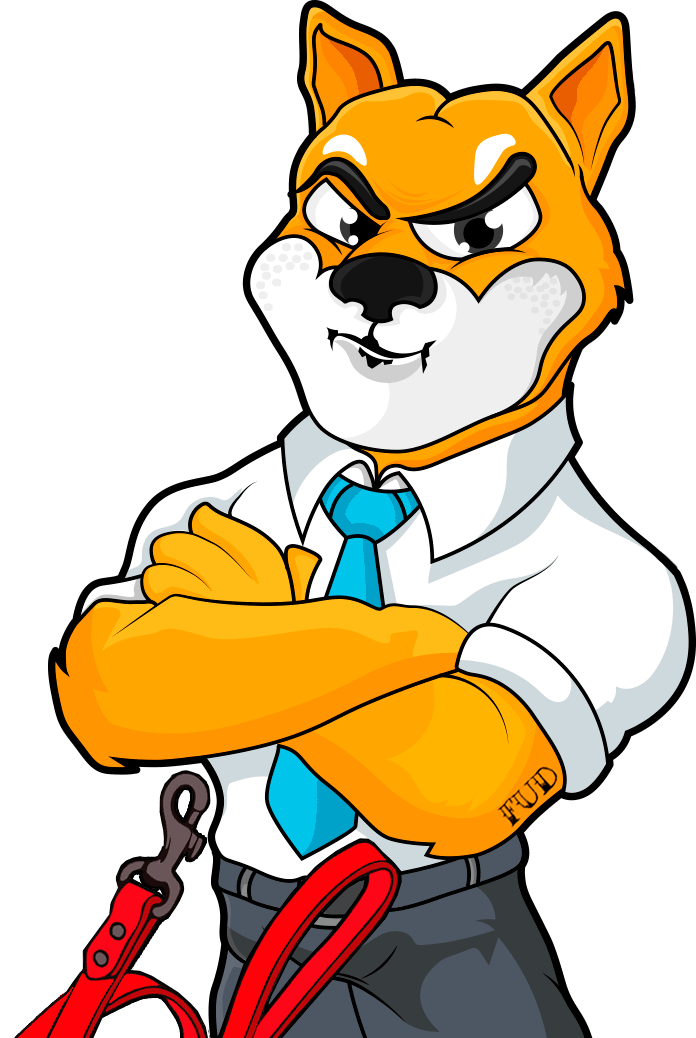 Shiba Inu Coin: Dogecoin shook the crypto market at the beginning of yearning along with other dog coins like Shiba, Akita, etc. Shiba Inu is not only a meme coin but also has its own growing ecosystem different from Dogecoin.

When I heard that Coinbase will be listing Shiba, however, I began to consider the possibility that there might be more to this token than meets the eye. After all, if Shiba Inu was just another shit coin, then there’s no way in hell that Coinbase’s experts would have allowed a Shiba listing.

My research led me down a dog hole, I never expected and it’s modified my Views enough to justify making a post about this crazy crypto. So, today I’m going to tell you everything I found out about Shiba Inu and what Shiba might actually have potential.

What is Shiba Inu Cryptocurrency?

Shiba Inu was created in August 2020 by a pseudonymous developer named Ryoshi. Although Shiba Inu is branded as the quote Dogecoin killer, Ryoshi explained in his first Medium post that the project is essentially an experiment in community governance and decentralization.

Ryoshi came up with the idea for Shiba Inu with an anonymous friend who he had met at the Ethereum DevCon conference in Japan, in 2019.

This anonymous friend is the one who created the Shiba token smart contract on Ethereum and also provided 10 ETH as liquidity for the ETH-SHIB trading pair on the Uniswap decentralized exchange.

According to Ryoshi, this anonymous friend is a quite successful businessman. So, 10 ETH is nothing for him.

After the initial hype deep down, Shiba Inu hibernated until February this year, when Ryoshi posted another article on Medium.

In it, he explained that Shiba Inu’s return is because quote with the resurgence of DOGE, SHIB has caught fire and is threatening to turn over the entire market.

The final sentence in the post also stuck out for me and it reads quote, I don’t like centralized exchanges. Oftentimes, they destroy community projects by price suppressions. I do not endorse any and only encourage you to use Uniswap and DEX.

Shiba Inu’s first news mentioned came in mid-March and it was about a 300% price pump caused by Elon Musk’s tweet that he would be getting a Shiba Inu dog.

About one month later, the Shiba Inu Community released the first version of their white paper which is of course called The Woof Paper.

SHIB’s similarities to DOGE caused it and other dog theme tokens to dominate the headlines in May, especially when Vitalik announced his massive SHIB burn and donation. I’ll explain that when I get into SHIB’s tokenomics.

The Shiba Inu Community conveniently released the second version of the project woof paper about a week ago, which means my explanation of how it works is up-to-date. 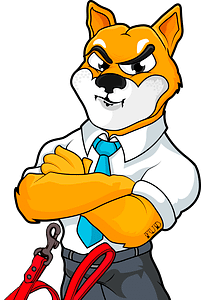 As Shiba Inu’s own website explains SHIB is no longer just a meme token. It is a part of a larger ecosystem being built by the Shiba Inu Community.

Most of this ecosystem centers around Defi. Specifically, the ShibaSwap decentralized exchange, whose code is currently being audited by Certik.

Like some other DEXs, ShibaSwap’s launch will begin with a two-week liquidity event, which will incentivize liquidity providers to move their LP tokens from Uniswap and Sushiswap to ShibaSwap.

Now, for those unfamiliar liquidity provider tokens or LP tokens are given to users who give cryptocurrencies to a decentralized exchange to earn fees for that trading pair.

For example, if you provide ETH and USDC liquidity to the ETH — USDC Uniswap pool, you will receive an equivalent amount of LP tokens. Well, not exactly, but that’s a topic for another time.

The main takeaway here is that these LP tokens represent the ETH and USDC you locked in the Uniswap pool. Each LP token type is fungible, ie, identical, and can easily be traded with other users.

By incentivizing Uniswap and Sushiswap LPS to move their LP tokens To Shiba swap, İt becomes possible to do something called a vampire attack. We’re in all the liquidity on a DEX is swapped to another.

In plain English, it makes it possible to take most of the cryptocurrency trading pair value from one DEX and move it to another DEX. From where I’m standing, it’s clear that this is exactly what the Shiba Inu Community is looking to do and they’re hoping to lure, dog-minted LPs to their DEX with BONEs, literally. 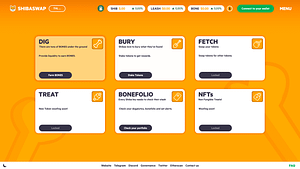 BONE is an ERC 20 token on Ethereum and a part of Shiba Inu’s upcoming ecosystem.

BONE is not yet in circulation, the BONE you’ll find on Coinmarketcap, and Coin Gecko is related to a different dog project.

Shiba Inu’s BONE will be given as a reward to stakes and liquidity providers on the Shiba swap DEX and it will also give governance rights to its holders where one BONE equals one vote.

BONE can also be staked to earn more BONE and providing liquidity for the BONE-ETH pair will allow BONE-ETH LPs to earn 0.1% of all DAI and USDT swap transactions.

An interesting setup to say the least BONE will have a maximum supply of 250 million and a predetermined amount of BONE will be generated per Ethereum block until it reaches its maximum supply in a few years.

This emission schedule can be seen here. Note that it’s extremely aggressive during Shiba swap’s two-week liquidity event to incentivize LPs to migrate their LP tokens from other DEX.

Has a small portion of the BONE per block will be allocated to a multi-signature development wallet to ensure the long-term sustainability of the project.

This is one of the few changes between the two white papers with most relating to the BONE rewards earned by stakers and LPs which deal in not just BONE and SHIB, but another token called LEASH. 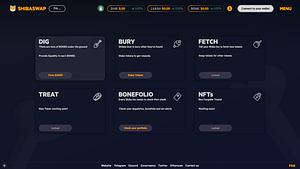 LEASH is another ERC 20 token on Ethereum, and also part of Shiba Inu’s upcoming ecosystem.

LEASH is in circulation as of April, and it was initially designed to quote tame DOGE by rebasing to 1000x the price of DOGE at 6:30 UTC every day.

Now, as a simple example, if DOGE is worth one cent at that time, LEASH will rebase to $10.00. Ryoshi’s reasoning behind LEASH is to quote offer synth to hedge the price of DOGE.

Anyways, LEASH is no longer a rebase token. It has a maximum supply just north of 107,000 LEASH, all of which are in circulation. This low supply is why LEASH has such a high dollar value in case you didn’t know.

While LEASH has no use case per se, it can be a stake to earn BONE and those who provide liquidity for the LEASH-ETH pair will earn 0.1% of all wrapped BTC and USDC swap transactions. This brings us to our third and last token and that’s SHIB.

SHIB is an ERC 20 token on Ethereum and the flag shit token of the Shiba Inu ecosystem. Shiba had an initial supply of 1 quadrillion. 50% of the supply went to the initial ETH-SHIB pool on Uniswap, and the remainder was sent to Ethereum founder of Vitalic Buterin’s cold wallet address by Shiba Inu’s founder.

The reason why Ryoshi did this is not entirely clear but it was likely for marketing purposes. Since many other cryptocurrency projects have tried running campaigns saying Vitalik supports their project after sending their tokens to Vitalik’s wallet address without his knowledge.

Whether Vitalik had advanced knowledge of this token transfer, in particular, is something I’ll dig into later. According to Vitalik, he noticed earlier this year that he had billions of dollars of a token called SHIB in his cold wallet address.

At the time, Vitalik was a billionaire from his ETH holdings alone, so he figured that donating these dog tokens would be the best course of action. There’s just one problem and that’s that Vitalik was stuck overseas because of the pandemic and part of his cold wallet address was at his parent’s home in Canada.

After assembling the full seed phrase, Vitalik accessed his cold wallet and proceeded to burn 80% of the SHIB token seed been given.

He then donated the remaining 20% to various organizations and causes notably the India covid relief fund and an institute that specializes in longevity research.

There are apparently other organizations, which have yet to announce that they’ve received SHIB tokens from Vitalik as a donation. Now, this is important to note because it’s been falsely reported that Vitalik burned 90% of his SHIB and donated the rest to just the India Covid Relief Fund.

In any case, the total value of the SHIB Vitalik burned was over six billion dollars at the time. It’s unlikely that this money could have been cashed out because of market depth, but that’s neither here nor there.

As with LEASH, SHIB does not have a specific use case, however, SHIB can be staked to earn a boatload of BONE in addition to 0.1% of all ETH swap transaction fees on Shiba swap which is likely to be lucrative.