5/5 - (1 vote)
Contents hide
1 Ram Mandir-Bhoomipujan , Ayodhya
1.1 More Articles:
2 The Legal History of the Ayodhya Dispute:
3 After the Independence on 16th January 1950
3.1 Communal clashes 1990-91
4 The Economic Impact of the Ayodhya Dispute Verdict:
5 The political role of the BJP Government:

Religion is a factor that ironically integrates and divides people all over the world, especially in India. The dispute that had been seen as the most renowned and long-lasting in the history of India is the Ayodhya dispute which continued its legal existence for the past 136 years and now has come to an end with the ‘Ram Mandir Bhoomipoojan’ on 5th August 2020.

Ayodhya is referred to be the birthplace of Lord Rama (Ram Janmabhoomi) – the seventh
incarnation of Lord Vishnu according to Hindu Mythology. In the Hindu Epic- Ramayana, it is stated that Lord Rama was born on the banks of the Sarayu River in the city originally is present-day Ayodhya in Uttar Pradesh, India.

Hindus believe that the birthplace of Lord Rama which once stood as a shrine was demolished by the Mughal rulers as they invaded the country to establish their supremacy in 1528-29 CE.

It is further advocated that the Mughals destroyed that Hindu shrine and built a mosque on its ruins, labeled as the Babri Masjid (Mosque), built by Emperor Babur’s Commander Mir Baqi.

This conflict of political, historical, and socio-religion ideologies triggered the mass population of India to take sides on the decision of building the Mandir (Temple) or the Masjid (Mosque) on 2.77 an acre of land s. Since then, the alarming repercussions followed the horrendous incident left no stone unturned to bring out the truth to support the argument in favour of the two communities respectively. 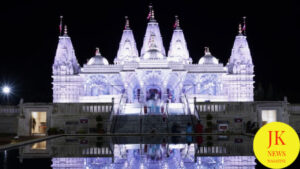 The Legal History of the Ayodhya Dispute:

This Case was first legally brought up and recorded in the Faizabad court on 30 December 1858 when Mohd. Salim filed an FIR against Nihang Sikhs who were accused of installing “Ram” written stones and Platform (chabutra) and initiating rituals (puja and havan) inside the Babri Mosque.

The conflict took a legal turn in 1885 when Mahanth Raghubar Das filed a case against the Secretary of State for India in Council in the Faizabad civil court to construct a temple in the outer courtyard, which was dismissed and faced Civil Appeals against this judgment which were also dismissed later.

This case did not hear any legal process for the next 63 years after which in 1934, the riot took place, leading the Hindus to demolish a portion of the structure, which was reconstructed by the British.

Further on midnight 23rd, December 1949, communal strains rose when some Hindu activists entered with the idol of deity Rama inside the structure. FIR was lodged and authorities were compelled to seize it in order to pause the conflict, for the time being, resisting the removal of the idol and ceasing its practice as a mosque until further notice. The order from the then Prime Minister Jawaharlal Nehru to remove the idol from the structure immediately was refused in action by KK Nair, the local officer. 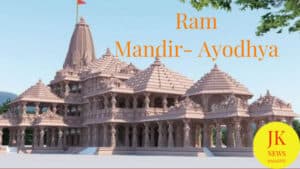 After the Independence on 16th January 1950

Gopal Singh Visharad of the Hindu Maha Sabha filed a suit against five Muslims, the state government, and the district magistrate of Faizabad demanding the right to pray and conduct puja in the inner courtyard which was passed by the judge.

The second suit was filed by Pramahans Ramchandra Das against Zahoor Ahmad and some others on 25th May 1950 as an extension to the first suit and the third suit was filed by Nirmohi Akhada on 17th December 1959 to regain the charge of the structure from Nagar Mahapalika President Priya Datt Ram who was appointed as the receiver by the city magistrate.

In 1961, the Sunni Waqf Board went to court, claiming the forceful idol installation in the
property of the mosque and further demanded its possession.

A suit was filed by the then Vice President of Vishwa Hindu Parishad Deoki Nandan in August 1989 to claim possession at the Lucknow Bench of the Allahabad High Court. In November 1989, the existing Rajiv Gandhi government gave a green signal to begin its reconstruction with the foundation stones (shilanayas) and the Vishva Hindu Parishad (VHP) laid the foundation of the temple of Lord Rama on the land adjacent to the disputed area.

The communal clashes were further noticed in 1990-91 when LK Advani commenced the rath yatra (a divine walk) towards the temple.

The dispute leads to a horrific riot between the two communities on 6 December 1992, causing the demolition of Babri Masjid and the deaths of thousands from both sides. This resulted in the setting up of the Liberhan Commission on 16th December 1992 to investigate the demolition of the disputed structure. The then Prime Minister Narasimha Rao dismissed the BJP government of 4 states.

In 1993, the ‘Acquisition of Certain Area at Ayodhya Act’ was passed and the Central government marked the possession of the disputed area which was challenged by many petitions, including that of Ismail Faruqqi which was filed at Allahabad High Court.

In 2002, the Allahabad High Court started to hear the cases and further ordered the Archaeological Survey of India (ASI) to survey the disputed land.

ASI informed about the evidence of the Temple found beneath the disputed area to court which was challenged by the All India Muslim Personal Law Board in court in 2003.

Further, in 2009, the Liberhan Commission submitted its report.

The historic judgment was passed by the High Court on 30th September 2010 to divide the land into three parts amongst Ram Lalla, Islamic Waqf Board, and Nirmohi Akhada which was agreed by none, further leading to challenging the decision of Allahabad High Court in Supreme Court. 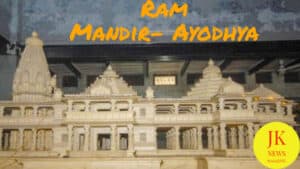 In May 2011, the Supreme Court declared its stand with the decision of the High Court.

In August 2017, a three-judge Bench of the Supreme Court began with the hearing of appeals which was put to hold in 2018 and began again in January 2019 by a Constitution Bench of five Judges led by the Chief Justice of India Ranjan Gogoi and even tried to resolve the issue through 3 rd Party mediation but failed subsequently.

Till 6th August 2019, the Mediation Committee which was led by the former Supreme Court judge Justice F.M.I Kalifulla was not able to draw a consensus and this further led to the commencement of the hearings.

On 16th October 2019, after 40 days of hearing the Constitution Bench reserves Judgement on the Ayodhya land dispute, The decision day of the Supreme Court on 9th November 2019 gave a green signal and announced the construction of the Ram temple at the disputed area, further ordering the state government to provide five-acre land to Muslims at a prominent place in Ayodhya. 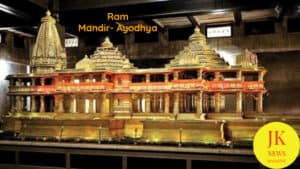 The Economic Impact of the Ayodhya Dispute Verdict:

There are several positive outcomes in terms of economic growth in the decision of building Ram Mandir as per the market analysts and economists. It shall boost up the economy of Ayodhya and eastern UP as the devotees from every section of the world shall consider it as the holiest pilgrimage– Ram Janmabhoomi and shall offer their visit thus, increasing the religious tourism and overall economy of Ayodhya.

This shall also result in the opening and flourishing of many businesses, the creation of employment opportunities, and further, hyping up the property and land rates of the city.

Infrastructure shall also speed up, improving the overall conditions of the city. Moreover, it is also predicted that building Ram Mandir would build the confidence of foreign investors towards the Indian economy, acknowledging that UP offers a very big contribution to the economy. 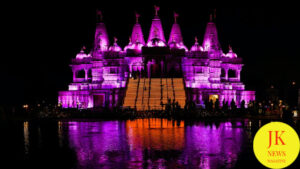 The political role of the BJP Government:

The BJP government led by Prime Minister Narendra Modi played an important role in the Ayodhya verdict. It promised the Hindu nationalists the construction of the Ram Mandir which is fulfilled under their ruling years, achieving the key objective and turning the BJP into a national party.

The government is successful in building the trust and the temple and is now all set for the
Bhoomipujan which is claimed to be the major victory for BJP and Prime Minister.

Therefore, the day of Ram Mandir Bhoomipujan remarks the foundation and reinstallation of faith, religious divination, and economic prosperity in the land of Ayodhya.

- Advertisement -
Previous article
Digital Piracy: We are compromised-HDmp4Mania
Next article
Why You Must Go On Kailash Mansarovar Yatra At Least Once In Your Life?