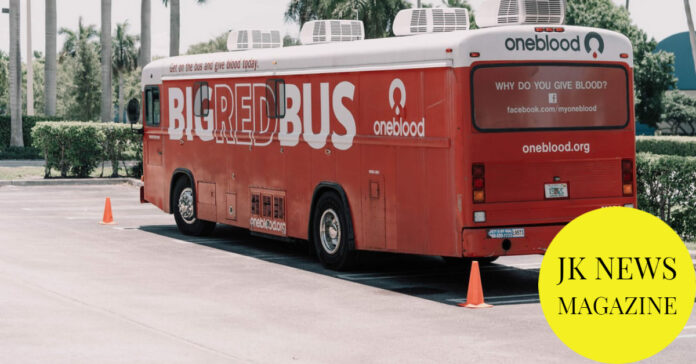 You know that despite being the world’s largest population, India is far behind in blood donation.

The call comes from the hospital, “Yes, hello sir, Vinay is speaking, Rajiv has given me your number, I want the blood of O negative group for my wife, please make some arrangements.” The importance of blood donation is understood only when this trouble falls on someone. When someone needs blood for himself, and one does not get a blood donor on time.

Hardly 5 or 10 percent of people in India reach to give blood. Actually, in Indian society, even today, blood donation is going through many myths. But due to the initiative of various social organizations, awareness campaigns, the misconceptions prevailing among the people are being removed.

You must have seen that by not getting enough blood, the person in front would have lost the battle of his life.Some people can donate blood on time only after seeking a lot of help. It sometimes comes in the way of problems, or there are countless misconceptions about blood donation within people.

Lack of blood donor in India

More than 30 lakh people die every year in India due to lack of blood, while only one percent of India can fulfil this by donating blood.

Due to diseases or injuries in serious accidents every year in India, about one million twenty lakh units of blood is needed. Out of this, only 90 lakh units of blood are available, and about 3 million people cannot get blood on time due to which they have to lose their lives.

Statistics show that a small awareness of blood donation can eliminate this problem all over the world. You will be surprised to know that if only one percent of the country donates blood, then that country will never have to face a lack of blood.

World Blood Donation Day is celebrated globally in memory of Carl Landsteiner, a scientist. He has received the Nobel Prize in Physiology. In 2004, the World Health Organization started celebrating World Blood Donor Day on this day. Since then, every year, this day is celebrated as World Blood Donor Day. On this day, on 14 June 1868, scientist Karl Landsteiner was born. They identified blood groups A, B, and O groups based on the presence of agglutinin in human blood.

The purpose of celebrating Blood Donation Day is to remove the misconceptions related to blood donation and encourage more people to donate blood.

Blood donation in India collects only 75 percent of the blood needed, while neighboring countries are far ahead of us in this matter.

In 2005, voluntary blood donation in Tanzania was only 20 percent. But in 2007, this figure had increased to 80 percent. In Brazil, it is illegal to donate money or receive any compensation for blood donation or other human organs or tissues.
Blood donors in Italy have a paid holiday on World Blood Donation Day. Employers here at times also give additional benefits for incentives to the donor. In Thailand, 95 percent of blood donation is accomplished, 77 percent in Indonesia, and 60 percent in Burma for its autocratic rule.

Status of blood donors in India

According to the World Health Organization standard, India needs one crore units of blood annually, but only 75 lakh units of it are available.
In the absence of about 25 lakh units of blood, every year, hundreds of patients go to war with life. According to the figures in the capital Delhi, there is a requirement of 350 lakh blood units every year, but only 30% of it is collected from voluntary blood donors. The condition of Delhi is the same for the rest of India.

Although India’s population has reached 125 billion, the number of blood donors has not reached even one percent. According to experts, only 59% of the total blood donation in India is voluntary. While in the capital Delhi, voluntary blood donation is only 32 percent. There are 53 blood banks in Delhi, but there is still a lack of one lakh units of blood.

Every year in India, about 10,000 children are born with a disease like Thalassemia. Many of these children die because of not getting blood on time. There are more than one lakh Thalassemia patients in India, who need to change blood again
and again.

In India, only eight out of every one thousand people donate voluntary blood.

Blood donation is 100 percent voluntary in 60 countries of the world. People there do not take money in exchange for blood. In 73 countries of the world, patients have to depend on relatives or blood sellers for blood. India is one of these countries.
When blood is needed, its deficiency cannot be overcome with any medicine or therapy. It means that there is no alternative to blood.

Why is it important to donate blood?

It is necessary to donate blood. Blood donation makes blood available in blood banks. The needy can be given blood in the blood bank if required. By donating blood once, we can save the life of 3 people. Being human, it becomes our duty to help people.

Also, by donating blood, our body also remains in benefit, countless diseases can be avoided if
we donate blood.

Who can donate blood?

Do you also get scared by donating blood?

Why do people hesitate to donate blood in this largest democratic country in the world?

The reason is clear, whether it is Delhi or the whole of India, it is not able to break the myth that by donating blood, the body of people becomes weak, and it takes a lot of time to replenish that blood. Not only this, but the misconception also prevails in people that giving regular blood reduces the immunity of people and makes people catch diseases quickly. In this regard, medical science says that

A half liter of blood can save three lives

According to doctors, half a liter of blood can save three lives. It is essential to celebrate this day on a great level to remove the ignorance, fear, and misconceptions of the general public towards a voluntary blood donation campaign.

Voluntary organizations are paying their valuable time and using resources to encourage the students/youth of the country, colleges, institutes, clubs or NGOs, etc. With his help, people are being made aware of donating blood. People are motivated to donate blood by clearing the misconceptions inside them so that in the future, no one will die in India due to lack of blood.

So, let us all together make people aware of blood donation. A report published in the Times of India states that after the breaking of all the myths about blood donation, there is so much excitement that people keep a blood donation camp outside the wedding pavilion or blood donation in place of a memorial meeting. Organize a camp. See More

Every year, a variety of campaigns are organized on the occasion of Blood Donation Day in which people come and
donate blood voluntarily. The youth of our country take a full part in this work.